Posted by Unknown at 6:07 PM No comments:

A month or so ago, Jennifer Karan, the Executive Director of the SAT Program from the College Board, emailed me regarding an article about the SAT in the Baltimore Sun. As a SAT Tutor, I had to do a double take and see that the the executive in charge was actually reading my blog.  So I read the article she asked me to read. And then I did some research.

I have written and rewritten this article several times trying to not sound too harsh. Finally, here it is...

In a recent letter written to the Baltimore Sun, Carlene Buccino, a Columbia Student, claims that the paying $600 for a college test prep course earned her the decisive edge to gain admissions to the Ivy League.

What a load of nonsense.

I have read Ms. Buccino's letter and am both amazed and horrified that such a well-educated young lady could even begin to think this way. I suggest she compare the history of higher education in America to her own proposal.

Let's take a look at the facts:
1. SAT Scores are not the sole factor in gaining admissions into ANY college, let alone Columbia, ranked among the best in the world [#11 in WORLD rankings of 2012, US News]. Standardized admissions tests are only a part of the process. Nothing in this world is perfect, but standardized college admissions testing is about as fair as a system can be designed. Millions of students can be compared on at least something that is the same. And that in an amazingly short period of time at exceptionally low costs.

2. Standardized tests may get your foot in the door, but that is as far as it can get you. Schools also consider many other factors: your academic resume, your transcript, your high school's reputation, your extra's, your parents' influence - yes, I said it, your parents' influence. Are you a wealthy legacy with the engineering building named after your grandfather? Carlene did NOT get into Columbia solely on her SAT. She probably is from a very wealthy neighborhood and her admission to the Baltimore School for the Arts (BSA, class of 2012) was by audition. Carlene - did your parents pay for lessons and did you put in years of practice to master your skill that allowed you into the one of the best public schools in one of worst school districts in America?

3. $600 in test prep cannot buy enough "tricks" to earn Ivy League level scores. I have been tutoring test prep for 20 years. I have seen many great scores. They come from great students, who worked hard in school and have solid fundament academic skills. Some benefit from learning logical reasoning skills and thinking of new ways to tackle unfamiliar questions. Call them "tricks" if you will, but it is still learning - i.e. proof that the student is capable of something new.

I repeat, Carlene you practiced your arts skills, your academic skills and you are by no means a normal American student. You are to be congratulated for achieving success in both the arts and academics and you should be thankful for your family's support.

So, Miss Buccino is missing a few key components. One, she is a woman, whose name ends in a vowel (much like my Italian mother's maiden name). 30 years ago women did not go to Columbia - yes, THIRTY.  Columbia went coed AFTER Westpoint.  How long ago was it that Italian women did not go to high school?

About 100 hundred years ago, Admissions at Columbia were handled the way she proposes. The college talked to the high school and only the elite were allowed in. PERIOD. You were out Carlene. How did someone like you or me get the chance?

But that all changed and one radical group, The College Board, helped introduce social equality in higher education.  And they changed everything. They proposed that admissions to Columbia (yes it all started at Columbia, Carlene) were neglecting the many qualified students in such crass places as Pittsburgh (me) and Baltimore (Carlene). [May I be so bold as to remind the reader that Pittsburgh and Baltimore were populated with many under-educated ethnic minorities, mostly Catholic, working as unskilled labor with no access to a prestigious college education. Public education denied our parents their civil liberties and religious freedom. Roman Catholics were FORCED to practice Protestantism in public school, but we ended that. We paid our public taxes and paid for our own schools for freedom of religion. We learned the system and along the way we are no longer minorities and religion is not forced in schools].

And we had ONE level playing field in all of higher education. A simple reasoning test that compared our abilities with those of the rich, blue-blooded, elites who were snapping up all the seats at Columbia. We were able to be tested against them through the College Board.

The SAT is the beauty of American meritocracy. Your immigrant family is now at the apex of higher education in the world. I knew my immigrant grandparents and great-grandparents. They were European peasants. I suspect your ancestors were too. Now you are in a situation where you can help change the world. Your parents worked hard to earn their level of social economic standing, most likely through rigorous academics and hard work in their careers. They have invested in your education in the classroom and outside of it. You go to one of the most prestigious schools in the world and the one organization that was most influential in getting you there is the one you disparage. Shame on you. Learn the real history of standardized college testing.
Posted by Unknown at 11:44 AM No comments: 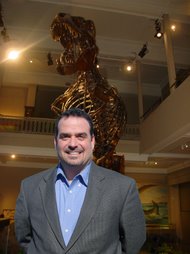